Are you using the right fundraising tools?

What kind of tool is THAT?

Look at that picture. Do you know what that is? I didn’t either until about a week ago. When I decided that I was going to try to replace the water pump on my 1998 Toyota Avalon, I learned it requires disassembling half of the engine. I had some idea of how much work it would take before I started, but I didn't realize one of those tools until I had to stop what I was doing and drive to Autozone.

The tool is called a harmonic balancer puller. The harmonic balancer is a heavy flywheel attached to the bottom of the engine that absolutely must come off before you can get to the water pump. But it doesn't just come off. It's jammed on really tight. And you don't want to risk damaging the wheel, because that would throw it off balance and completely defeat the purpose of a part called the harmonic balancer. No balance, no harmony.

So you need a harmonic balancer puller, one of those little thing-a-ma-jiggies that you see up there. Once you figure out how to attach it to the balancer, a few twists of a socket and it pops off, easy peasey.

Why do I start with this story? A few weeks ago, I had a conversation with a dear friend who has invested the last 15 years of their life running a local food pantry and clothes closet. She loves helping people and she loves Jesus. Recently, she learned that the building that the county had loaned them was going to be torn down to make way for a new business. She has about 6 months to find a new location.

So this is a crisis that turns out to be an opportunity. I think that the Lord is planning to give her a new permanent home for the ministry. She just has to walk it out. She invited me out to lunch to talk about fundraising strategies. I'm more than happy to do so, especially because her ministry partners with the Food Bank.

Our conversation was very fruitful. My friend is a force of nature, but some of the strategies that she was planning were just not going to yield the kind of money that she needed to purchase and renovate a new building. Her main tool for fundraising was going to be a GoFundMe page. Crowd funding online using pages like GoFundMe can and do raise money, but they are a long ways from raising big money needed for a capital campaign… for most people.

I admit, some crowd funding campaigns raise hundreds of thousands or even millions of dollars. We know this because these campaigns are prominently displayed at the top of every crowd funding webpage. But the reality is that the average non-profit campaign raises about $9,200. (Nonprofit Source ). Average means that half of the campaigns raise less than that. Now I'm not opposed to crowdfunding in principle. A good friend who is a teacher has successfully used GoFundMe to raise a couple grand every year for the past few years for the school robotics club. But we need to think about why it's a poor strategy for a capital campaign.

The big reason is that people don't generally give large gifts in response to an email or a social media post. The average gift to a crowd funding campaign is $66 (per the same survey above). Raising $200,000 at $66 per person requires that more than 3,000 donors. Which means you need to reach a lot more than 3,000 people with your donation page. If the response rate (the percentage of the people who give divided by the total number of people asked), is 1-5%, then that means your crowdfunding campaign has to reach 300,000-60,000 people. I don't know 300,000 people. Few people do.

So my friend needs a better tool.

Her timeline is fairly short, so she needs the right fundraising tool for the job. That tool is major gifts fundraising. She needs to find roughly 30 people who can give $5,000-$10,000 to the campaign. This means being more intentional about who she's asking and how she's asking.

The first thing she needs is a list of potential donors. I pointed out that she already has the list. Her ministry has been going strong for 15 years and has a long list of passionate volunteers and past donors. This is the first place to start. She needs to take a look at that list and see who on that list might have the ability to make a major gift. So she'll be looking for business owners, or business professionals like lawyers, doctors, and accountants.  In talking about it, she immediately thought of a several people who she thinks could make a large gift.

The second place to look is by networking. She needs donor referrals from her past and current board members and rockstar volunteers. People know people, and will often have an idea of who might be able to give a larger gift. These advocates can also take part in the fundraising process by making introductions and even sitting in on the "ask".

The "ask" is the final ingredient in this capital campaign. Email and social media, even phone calls don't bring in the big gifts. Resist the temptation to do asks by phone, text, or email. Major gift asks need to be made in person. This means that you have to call your prospective donor up and ask for the appointment first. This may be harder than it sounds, but in truth it does a lot of the work for you. Someone who is unwilling to meet with you in person is less likely to make a major gift.

This makes sense. If a person is unwilling to give you an hour or so of their time, it's not particularly likely that they will give you $5,000 or more towards your campaign. Not that it doesn't happen sometimes, but you're better off moving on to finding the next prospect who does want to give. Part of the reason that you start with your past donors is because they've already committed to giving to you cause, just at a smaller level than you need to meet your campaign goal.

Actually making the appointment is probably 80% of the work. If you get the appointment, and you've been upfront about why you're coming to meet with the potential donor, that means that they expect you to ask for money and they don't mind hearing what you have to say. Once you get the first "yes" to meeting in person, you are more than halfway to getting that big gift.

Having a volunteer or donor set up appointments also works well, because the enthusiasm of your supporter will rub off on the potential donors. If the potential donor is not already your close friend and supporter, it's better to have one of their close friends make the invitation. The sentence, "I'd like you to meet the executive director of a ministry I love," opens a lot of doors.

When you're in the meeting, don't forget why you're there. Make appropriate small talk, but you should fairly quickly transition to the reason for your visit. The potential donor should already know why you're there, so don't beat around the bush. Share your mission, your passion, your excitement. Let them ask questions. And then ask for the gift. The best line I've heard for an ask is, "Would you be able to consider giving $5,000 to build this (insert campaign objective)."

Once you've made the ask, you have to wait. Silently. For as long as it takes. They need time to think about giving. If they have any questions, they'll ask. You just have to wait and sweat until they decide on what they want to do.

The biggest fear that most fundraisers face is those two little letters. I have good news for you. NO! See, that didn't sting a bit. The word "no" will not kill you. It won't even do any lasting damage to you. In fact, since humility is a virtue, and rejection can help you grow in humility, getting a "no" might be the best thing for you.

If you get a "no" or even a "maybe," keep going. Find out what the donor is thinking and why they have decided not to give at this time. Many times, further questioning can lead to a yes at some point down the road. Remember that in the long run, you want to build a strong relationship with the potential donor.

If the donor says, "Yes," thank them profusely, and find out from them how they would like to make the gift. Some will want a formal written funding request sent to them after the meeting is over. Others will get out their checkbook on the spot. However they want to do it, just make sure that you follow up. If you leave the meeting and they never send you the gift, that is YOUR fault.

Major gifts fundraising is challenging, but tremendously rewarding. At the end of the day, it's not just about raising money. Major gift fundraising gives people an opportunity to give to something that they are passionate about. It gives them the ability to make something happen that they wouldn't be able to do on their own. Your donors should be excited about making a big gift, because it accomplishes something that is important to them.

So get out there and start fundraising!

For a comprehensive list of articles about types of fundraising, check out the Fundraiser's Playbook! 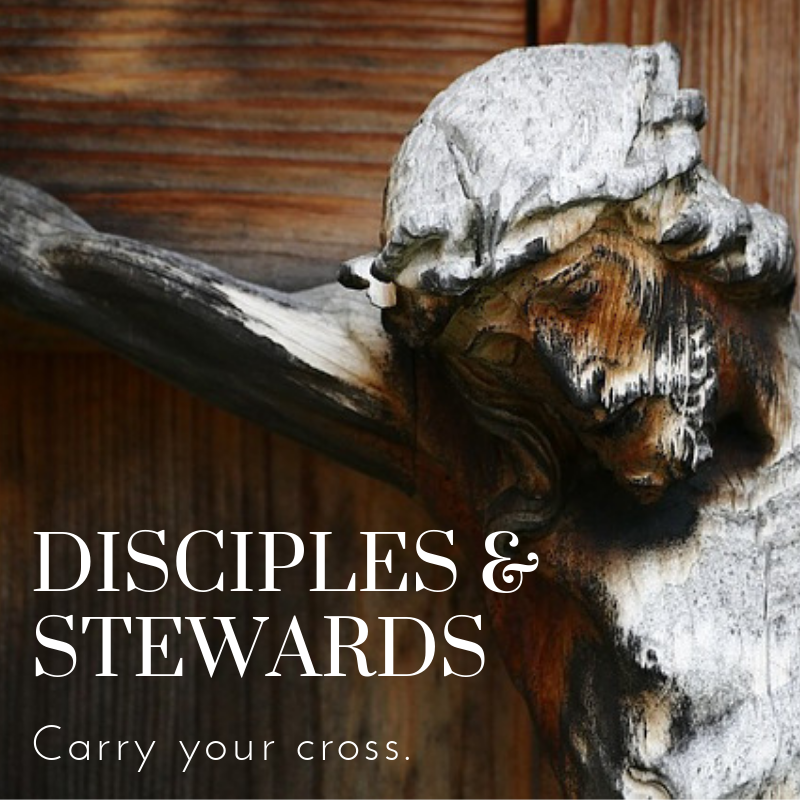 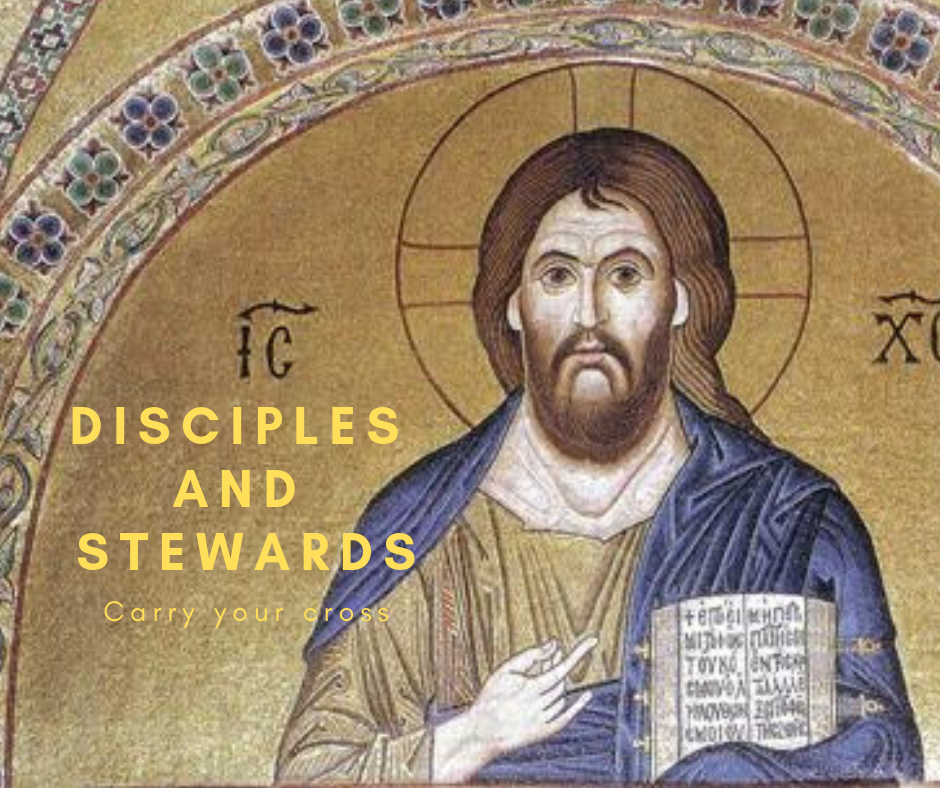