Not a drill, a planned emergency

Capital Campaign, Fundraising
by The Almoner

Today I'm writing on a computer with a cracked screen. No idea how it happened, although two little boys are under investigation. It shouldn't be too terribly expensive to fix, but it's awfully inconvenient and supremely irritating.

Why do I bring this up? You've mentioned a couple times that you are concerned about the air conditioning unit at the Church. It has survived for decades and it's starting to wheeze a little bit. I was surprised by the size of the quotes for replacing the units that you showed me. It makes sense, though, because they have to be custom built.

There are two ways of dealing with the problem of aging infrastructure. One is the way I'm dealing with my computer screen. It wasn't a problem until it became a problem. Suddenly, it was a big problem. This is the 'unplanned emergency' approach. With my computer, this isn't such a big deal because it's only a couple hundred dollars. The air conditioners will cost over $100,000. That's nearly 20% of our annual budget. This is a big problem.

I recommend the 'planned emergency' approach, especially as a fundraiser. We know that this is going to be a problem at some point. If we start telling the parish about the need NOW, we can begin to gather the funds that we need before it becomes a crisis. This approach is a win-win. If the air conditioning units last until we've raised all of the money, great! Run them until they die of old age. Or do the repairs in the winter when it's convenient.

What if they break when we're only part way to our goal? Not ideal, but the crisis is considerably less severe because we would already have some of the money. Remember how much fun it was to raise the money on the fly when the furnace went up in smoke? You'll get to avoid some of that craziness because the campaign will already be moving. It's much easier to say, "We're already partway there, but now we need the rest of the money immediately," than "Yikes, we were totally unprepared and now we have to raise $100,000 so the Georgia heat doesn't melt us!"

I know the 'planned emergency' approach works because I just applied it in my own life. You know my wife just had a baby. As soon as we learned that she was pregnant, I restructured our budget to put money away for the delivery. Of course, we had no idea that she would have to spend 11 days in the hospital, but we knew to expect substantial hospital bills. As a result, we're able to pay the bill with a minimum of trauma and financial stress. The plan worked!

We've almost completed raising the money to do the roof thanks to the matching funds that we got from Catholic Extension Society. I think that we'll be pretty much wrapped up by the time the new year rolls around. You just need to mention how close we are to the goal over the next couple weeks. Keep it fresh in everyone's minds.

Once we hit that target, we should immediately pull the trigger on getting the roof finished. This will give everyone in the parish the gratifying feeling of seeing their money being put to work. Once the roof is done, we should give it a month or so before announcing the new air conditioning campaign. This gives us a couple months before the Bishop's annual appeal starts so we can get some momentum going before everyone gets distracted.

I think that we should approach this campaign in a similar way to the roof campaign. Right now, it's not an EMERGENCY, so we don't have to be super intense about it. Mention it during the announcements regularly. Some kind of progress display in the narthex. I don't think we'll be eligible for another matching grant for a while, but it's worth asking to find out if we can do one in 6 months or a year. I also think that you should incorporate the direct personal requests that worked so well when the furnace blew up.

I don't think that it's a huge problem that we're transitioning from one fundraising campaign to another. The fundraising research shows that people who have recently given are the most likely to give again. They have already demonstrated their willingness to give. You just have to ask again.

Our Lady of Perpetual Fundraising

Now I do have to admit, it's kind of terrible to be in perpetual fundraising mode. This is not the goal. I think we don't have any pressing repair needs once the air conditioning units are replaced. After this campaign is finished, we should probably take a rest from campaign mode. Give everyone's wallets a chance to rest.

In the long-term, we should really be investing our energy in developing into a stewardship parish. If even 30% of our parishioners were really living stewardship and tithing a full 10%, your biggest responsibility would be trying to discern how to spend the surplus. 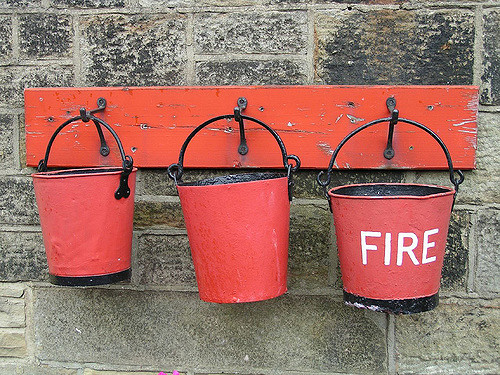 Our Bucket is Leaking! 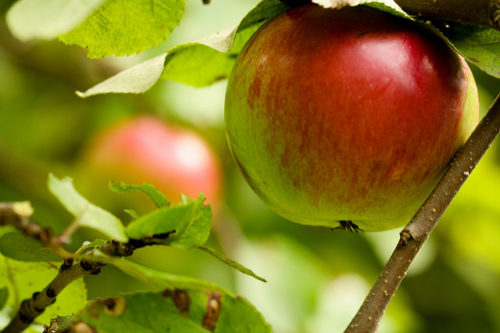