Today's post is a "Letter from the Almoner," a fictional letter written to an imaginary fundraiser who is dealing with a specific set of fundraising challenges. Sr. Veronica is trying to raise money to build a new abbey.

I was thinking about finding volunteer leaders for the campaign, and do you know what came to mind? Jesus choosing his 12 disciples. When He launched His public ministry, it wasn't a one man show. He had more people to reach than He had time, so He called a group of men into service. He first sent them to the surrounding towns announcing the kingdom of God, and then empowered them to build the Church after the Ascension.

This story contains many important lessons for our capital campaign. You cannot, in fact, do all of the work involved yourself. You've been cloistered for more than 15 years. You do not have many deep relationships with potential donors. You're going to need help to reach out to people in the community. Also, since you represent a religious order and not a non-profit, you don't have a board of directors that you can call into service.

You're going to have to build a capital campaign committee. The committee will be composed entirely of donors who are passionate about seeing your campaign succeed. They have got to be passionate, because you are going to put them to work.

Send Them Out to the Surrounding Towns.

The basic structure of the committee will be a lot like the one Jesus gave to His disciples. Twelve equals with Peter as the head. You'll have a chairman whose name goes at the top of the campaign materials. He or she will help to you manage the other members of the campaign committee.

The committee is not just there for show. Anyone who thinks this is an honorary committee should not be involved. They are going on mission and that mission is fundraising. Each committee member should commit to soliciting 4-5 people they know personally. This is not for the faint of heart, but it's not impossible. Capital campaigns the world around function in this manner, so I know that it works wonderfully well.

How are we going to find these campaign leaders? Well, in the secular world, the general approach would be to find the biggest potential donor and approach them first to be the campaign chairman. They would then help to recruit the other members by using their personal clout and their own large leadership gift to convince others to get on board.

Go Up to the Mountain to Pray.

We're not in the secular world, and this is not a secular campaign. I'm going to recommend that you do things a little differently. Before Jesus selected His disciples, He talked to His Dad about it for an extended period of time. The call of the disciples was the fruit of this prayer.

Now, you might not think that this story has anything to do with capital campaigns and fundraising committees. I beg to differ. It has EVERYTHING to do with it. We discussed a couple of months ago that ya'll have prayerfully discerned that this move is the Lord's will for your order. Don't you think that if this is the Lord's plan, He would already have the people He wants involved picked out? He knows everything for all time! He knows who to ask to join your committee, and He'll tell you if you ask.

Last summer, I had a conversation with a woman who was the head of stewardship at a massive parish in North Carolina. Her pastor told her that she was supposed to form a stewardship committee with the express goal of bringing each and every person in the parish into an encounter with Jesus Christ. She had never run a stewardship committee. She had no idea what she was doing, so she asked the Lord to point out the people that He wanted to be involved.

Over the next couple of weeks, the Lord would kind of "tap her on the shoulder" when she encountered a person that He wanted her to "call". Don’t ask me to explain what a "tap" feels like, but she just knew that she was supposed to ask them to be involved. She knew some of them personally, but others were complete strangers. Every person she asked said, "Yes." Now, her parish has stewardship working at an incredible level. All because she trusted the Lord to pick out the people He had prepared to be involved.

Since you don't run into a lot of people besides other cloistered sisters in the course of the day, you'll need to take this to prayer. Bring our list of potential donors with you into the chapel, and ask the Lord which people you should invite to be leaders of the campaign. Ask Him to open the door for those who He wants to participate and close the door to any who shouldn't be involved.

I think you'll be surprised by your experience. My spiritual director, the founder of the food bank who called me into fundraising, told me this story. He was praying one day what he should do to raise money for the food bank. The Lord told him that he was supposed to go to a local car dealer and ask him to give the food bank a car. He didn't know the man, but he obeyed the Lord's instruction. Guess what? He drove off with a new car.

Remember the story of how Jesus told His disciples to go on Palm Sunday to fetch a donkey's colt for Him to ride into Jerusalem? The person who owned the colt did not challenge the disciples when they told him, "The master has need of it." Why not? God had already prepared his heart to be ready to give.

These are the people that you want to invite. People who God has been preparing for however many years to play this particular role in building His kingdom. God plays a long game, and some of the seeds that He plants take years to bear fruit. But when the time comes, the whole garden will bloom and bear fruit at just the right moment. You get to be the gardener who sees this take place.

Let me know when you feel confident that the Lord has given you clear direction on who should be involved. I think that we should invite them to visit the current monastery and you should ask them in person. This will be one of your very first "asks," but don't let your heart be troubled about this right now. By approaching the whole process in prayer, you'll find that it is more peaceful and joyful than you can possibly imagine. We'll discuss how you'll approach the ask in greater detail later.

Just remember the responses of the disciples when Jesus finally called them. No hemming and hawing. No questions about retirement benefits. They left their nets. They walked away from tax tables. They gave up everything without reservation to enter into God's will for their lives. I think this process will have a lot of similarities. When people get the call from God, and you'll be His messenger this time, the response is joy.

Today's post is the seventh letter in the new volume of the “Letters from the Almoner” series. These fictional letters will open a window into conversations between a professional fundraiser and a religious sister who running a capital campaign to raise money to build a new monastery. Image courtesy of Wikimedia Commons, via Public Domain, no rights reserved.

Climbing Mount Donor - From the Top ... 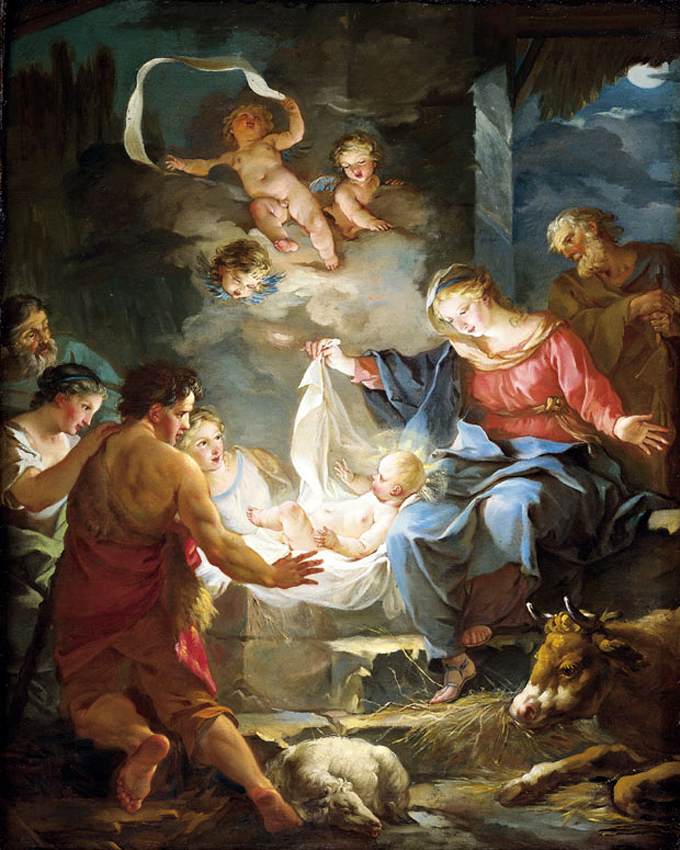 Why Prayer is Better For Fundraisers than ...