In this episode, Andrew welcomes Dennis Gerber, president of the Knights of Columbus Charitable Fund, to the podcast.  Andrew and Dennis discuss donor-advised funds and current trends in fundraising.  They chat about Dennis’s work at the Knights of Columbus Charitable (KCCF), and Dennis outlines how Catholic donors can benefit from a fund that aligns with their Catholic values.

Ever since Dennis was a young child, he had a passion for asking for money to help those in need.  Dennis was a bold fundraiser in his youth.  When he was seven, he walked his street asking neighbors for money for the poor; and when he was a college senior, he raised money to rebuild his frat house.  His success raising money for his fraternity led to a post-college development job with his fraternity’s national office, and that position kicked off Dennis's career as a professional fundraiser.

After college, Dennis met his wife, and he returned to the Church as a practicing Catholic.  In doing so, Dennis decides to start using his fundraising skills to serve the Catholic Church.  Dennis begins working in development for the Archdiocese of New York, and it’s there that he learns about and falls in love with donor-advised funds and board management.  This new passion leads to Dennis’s dream of creating a national Catholic donor advised fund.

In 2019, Dennis and his partners launched the Knights of Columbus Charitable Fund (KCCF), and Dennis became the Fund’s first president. The mission of the KCCF is to inspire a legacy of generosity within the Catholic Church.  It offers a way for Catholic donors to funnel their donations to organizations that are not in conflict with the teachings of the Catholic Church, and the KCCF hopes its set-up will allow donors to share donation decisions with the entire family.

Dennis shares that fundraising professionals are seeing an increase in the popularity of donor-advised funds in giving.  Donor-advised funds are IRS approved giving accounts that are sponsored by a 501c3 organization.  They are accessible to philanthropists of all giving capacities, and they allow donors to create a plan for giving.  Dennis also discusses the intergenerational transfer of wealth and how it’s playing out in current donation trends.

I’d love to meet with my father and get to share with him everything he taught me.

Helen Lowe:  She hired me at the Archdiocese of New York
Sean Fieler:  He was my partner in making KCCF what it is today.
Tony Minopoli, the CIO of the Knights of Columbus Asset Advisors

To learn more about the Knights of Columbus Charitable Fund, please view their website at www.knightscharitable.org.

My first takeaway is the magnitude of impact that donor advised funds are having on the philanthropic landscape. Dennis didn't share all the numbers, but when I looked them up, I was shocked. In 2020, the US hit over a million donor advised funds in existence, and grants were over $34 billion dollars. That’s incredible! I think that, as individual donors and as fundraisers, it is important for us to understand this growing trend and to be able to adjust our strategies accordingly.

That takes me to my second takeaway. When approaching someone who you know has a donor advised fund, you are best served to ask them for help instead of asking for a gift. This is a small but important nuance. The fact is that they have already given their money to the donor advised fund. It is now just sitting there, waiting to be put to use.  Positioning our request with that in mind can make the process a little smoother since we already know they have given the money away. Now we just have to find alignment with our mission and a necessary project or need that matches up with their interests.

Lastly, I loved what Dennis shared about his family approach to giving. His story about sitting at the table with his three girls and helping them to decide where they want to give money was awesome. Philanthropy is a learned behavior, and the most effective and powerful way that we can build a stronger culture of generosity is by starting at home with our kids. Full disclosure, after my conversation with Dennis, my wife and I opened an account with the KCCF, and we will be using it to engage our own children in giving in a more profound way this year.

Thanks so much for joining me for this episode. If you have any questions, drop us a line at podcast@petrusdevelopment.com. We’d love to chat. In the meantime, I hope you are inspired to explore new ways to be generous and make an impact. Have a great day and we’ll see you next time. 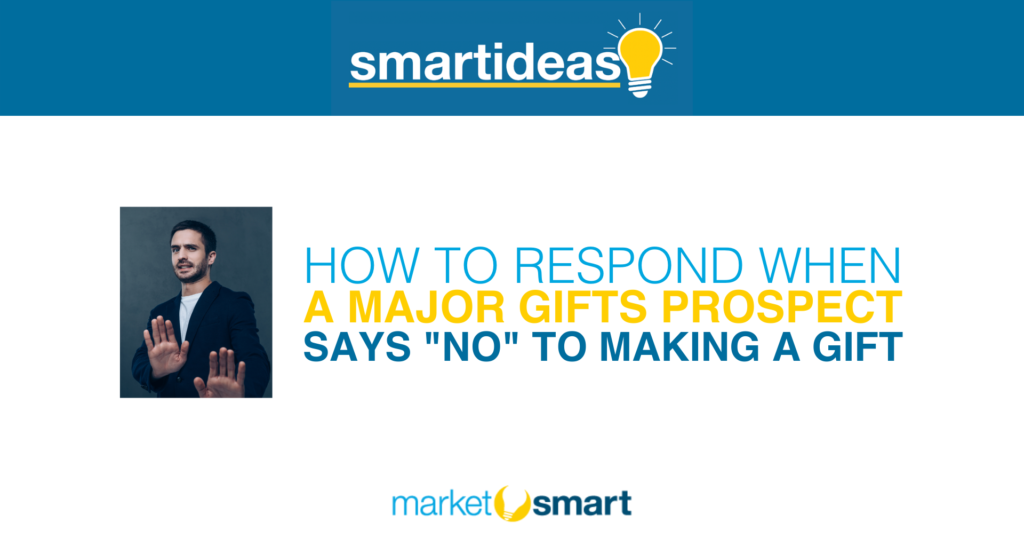 How to Respond When a Major Gifts ...