Home›Major Gifts›The Truth about Wealthy People and Philanthropy Should Affect Your Fundraising… But Does It?

The Truth about Wealthy People and Philanthropy Should Affect Your Fundraising… But Does It?

In your organization, it’s likely you have a bunch of people who make five or six figures interacting with people who are worth seven, eight, or nine figures. Consequently, the chasm that exists between fundraisers and major donors requires a bridge to make the gap easier to cross.

This article will help you build that bridge so you view wealthy people and philanthropy in a new light and connect more authentically with your essential donors.

So let’s peel back the curtain on wealth.

Truth #1: The Wealthy Do NOT Feel Financially Secure
I know, it’s hard to believe. But one study found that only 1 in 5 people with over $50 million in net worth feel extremely financially secure. Furthermore, it found that 1 in 10 feel somewhat financially insecure.

$50 million is enough to buy a private jet, a yacht, and a house in the most expensive neighborhood in the country. With $50 million, you could never work another day in your life, put all the money in a no-interest checking account, and still have $1 million to spend each year for 50 years.

And yet 10% of these people don’t feel financially secure, and only 20% feel very secure.

When he died, Michael Jackson was $400 million in debt. And this was after a career that spanned decades in which he earned over a billion dollars.

Many wealthy people, especially those who are the first generation in their family to become wealthy, have seen both sides. They know what it’s like to be poor. And they don’t want to go back to that.

Think about Erin Brockovich. Remember that movie starring Julia Roberts? She was dirt poor, barely able to keep her kids fed, living as a single mother, hopping from job to job. Then she landed a job at a law office and (spoiler alert), after they win the case, her boss gives her a $2,000,000 bonus.

It’s a true story (and a great movie). Do you think the real Erin felt financially secure after receiving that check?

Don’t overlook or minimize this feeling of insecurity when interacting with wealthy donors. Perhaps this is something you have in common. Find empathy and concern in your heart; that’s how trusting relationships get built and flourish.

Truth #2: They Are Not Fond of Being Judged for Their Wealth
It’s not as easy as you might think for wealthy people.

In many cases, money doesn’t solve problems. It only increases them.

Consider this: TV shows or movies about wealthy people, with rare exception, depict them as conniving, scheming, greedy, dysfunctional, or all of the above. Nearly all the wealthy people in these stories inherited it, so they’re spoiled, or entitled, or demanding, or worse. Very rarely do you see positive portrayals of people with great wealth.

Politically, they are accused of avoiding taxes even though data shows that the wealthy shoulder the greatest share of the tax burden compared to any time in recent memory by far. But there is this push, always against them, to demonize them so the government can extract more and more of their wealth in taxes to create a level playing field.

Sometimes fundraisers contribute to the demonization. I’ve seen some fundraisers make political comments on LinkedIn that might make many of their supporters feel terribly uncomfortable. Somehow they forget that their donors are engaging on those platforms too.

I’m not trying to get into a political food fight with you. In fact, I often wrestle with what “paying their fair share” should mean, too. Don’t get mad at me! I’m trying to help you see things from a donor’s perspective. After all, how can you possibly build a relationship with (and solicit money from) someone you despise?

The list goes on. For example, business owners who take enormous risks most of us avoid out of fear are portrayed as people who pay their employees too little. They steal wages. They bust unions. They live in excess while their employees suffer with few benefits and low wages.

Never mind the fact that 90% of new businesses fail, usually because they run out of money.

Most business owners frequently find themselves in a pickle trying to make ends meet or scrambling to find enough money to make payroll. I know because I almost went bankrupt twice. So I think those taking entrepreneurial risks deserve a shot at being rewarded handsomely.

Plus, once most of the wealthy achieve their financial goals, they are approached by friends, family, old acquaintances, and scammers who think they should help them with their financial issues, invest in their business ideas, pay for their medical bills, help with their down payments, or lower their debt.

They think to themselves, “You have the money, so what’s the big deal?”

Then, if the wealthy people choose not to help, they become lonely pariahs.

In the philanthropy world, wealthy people get judged even when they do give money. Many people, including some fundraisers, hold great animosity toward donors and their giving mechanisms, like Donor Advised Funds (DAFs), for example.

There is also great disdain for restricted gifts, because they are “just another example of the wealthy expecting the world to bend to their wishes, desires, and demands.”

Is any of that true for most wealthy people?

More importantly, is that how you view your own wealthy donors?

If so, it’s going to be pretty difficult to understand their perspective, empathize with them, and care about what they care about.

If you are harboring envy about their wealth
If you are judging them based on your assumptions about people like them
If you are indifferent to their concerns because they have so much money, so how bad can life really be?

— you’ll have a tough time connecting with them in an authentic manner because you have unwittingly dehumanized them.

However, if you want to gain empathy and perspective for your wealthy supporters, remember this: if you live in the United States, you are rich compared to most people throughout the world. Don’t believe me? Try this calculator and enter your income to see how you compare.

When I entered $75,000, it reported that income to be 26.6 times the global median. So should a person earning $75,000 in the U.S. be shamed and scorned by most others around the world? Probably not.

One last point related to this topic:yYou may not realize it, but they can sense your envy and ambivalence. No matter how hard you try to hide it, they can pick up your animosity in your emails, voicemails, telephone conversations, and one-to-one meetings. I don’t know why or how. But trust me on this. If you dislike your donors, they’ll feel it.

Somehow, some way, negative energy has a way of being transmitted through communication channels. No matter how much you try to hide it, they’ll sniff it out.

Truth #3: Wealthy People Are Bad at Philanthropy
Again, this is especially true with first-generation wealthy people. They have worked super hard to build their wealth. So they know how to accumulate wealth; but since they have invested very little time learning how to give it away, they are pretty bad at doing that.

Plus, when people with great wealth begin to give it away, they find it isn’t very easy.

Because most wealthy people don’t just have all their money in a bank account. Most have far more money in assets than in cash, including stocks, securities, trusts, retirement accounts, art, collectibles, investments, real estate, and many more places they have stored the wealth they have amassed.

It’s not a simple thing to remove money from some of those places, and the tax consequences can be enormous if they do it incorrectly.

That’s overly simplistic, but these are the kinds of issues facing the wealthy when they start exploring the idea of giving away large amounts of money.

So What Should a Fundraiser Do?
Considering what you’ve just read, how can you meaningfully connect with wealthy donors and prospects?

In my next post, we’ll look at three ways you can start altering your perspective and approach toward wealthy donors. Look out for that in the next few days.

Why wealthy people care about cost even when it comes to philanthropy
Are you chasing wealthy people or philanthropists?
How to understand your donor’s consideration process so you generate more major gifts
5 Strategies for Turning Smaller Major Gifts into Larger Ones

The post The Truth about Wealthy People and Philanthropy Should Affect Your Fundraising… But Does It? appeared first on MarketSmart. 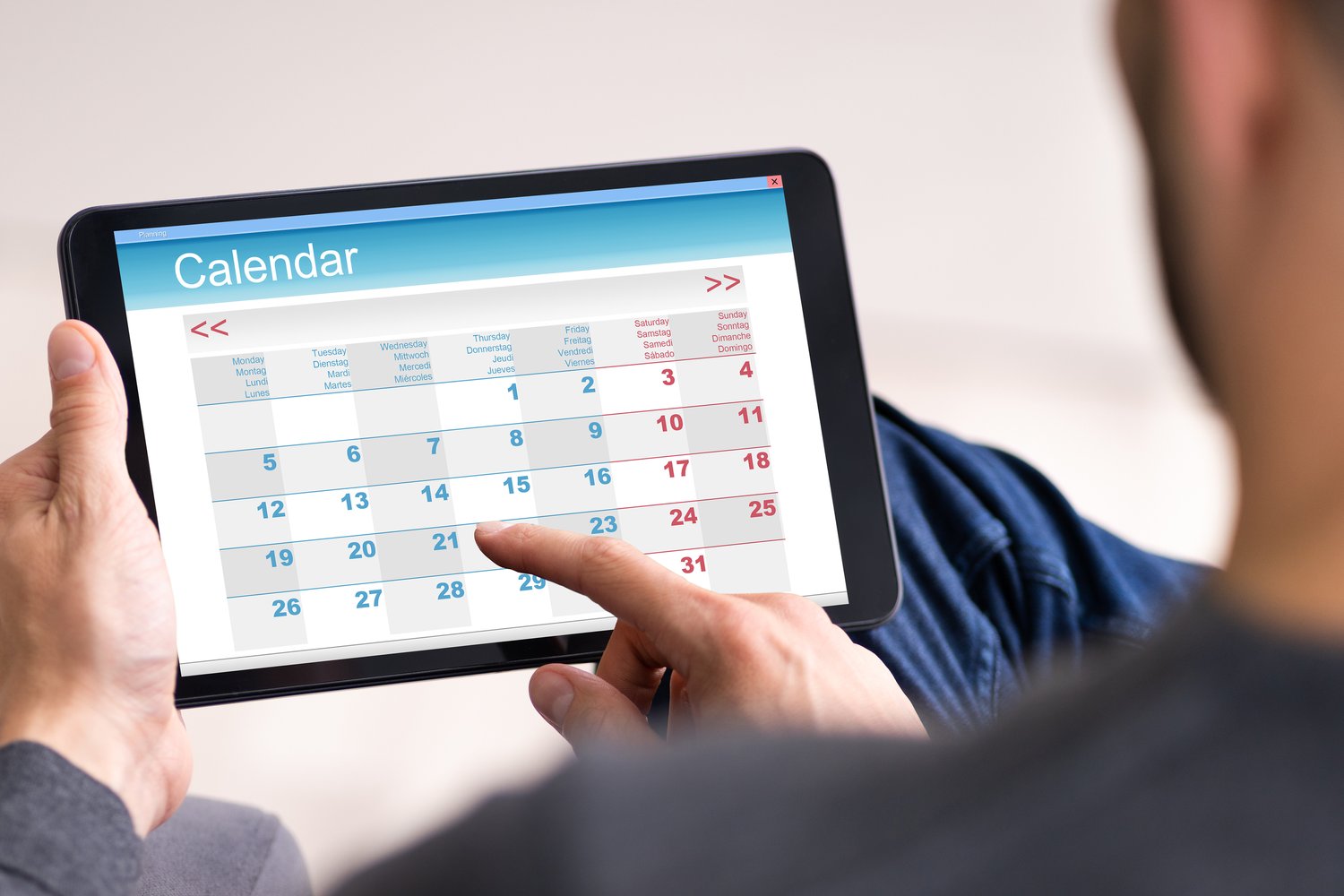 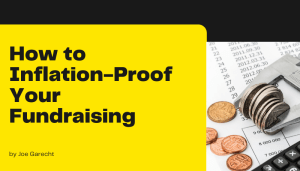 Emergency Webinar: How to Inflation-Proof Your Fundraising