The truth is, though, that most fundraisers I know worry about writing those letters… they worry that there’s some secret sauce they’re not privy to, or that they need years of practice in order to write appeal letters that get results.  I’m happy to tell you that this isn’t the case.

Here they are, in no particular order:

Likewise, your letters shouldn’t use lots of jargon or acronyms.  They should be easily understandable, even by people who don’t know much about your non-profit.  In fact, the general rule of thumb is that your appeal letters should be written at about a 6th grade reading level.  That will make them easy to read for your entire donor universe.

The best fundraising letters are emotional in tone.  While there is a temptation to stuff your appeal letters full of facts, figures, and statistics, these are rarely the things that truly move your donors to give.  There’s a place for facts and figures… but the primary function of your letters should be to elicit your donors’ emotions.

There are lots of different ways to be emotional in your appeals.  One of the best ways is to tell stories about your work: about the people you have already helped, and the people you want to help.  Show the outcomes of your work and talk about the lives you’ve changed or saved.  And of course, don’t be afraid to use emotionally charged language.  It works!

#3: Include an Actual Ask

Your donors won’t give unless you ask.  Far too many fundraising letters include wishy-washy asks.  Making a statement like “We hope you will give to support our work” is not making an ask.  Good asks are questions, and they include specific ask amounts.

Did you ever wonder why so many appeal letters say things like, “Will you give $100, $50, $25, or whatever you can afford to help us save lives today?”  Fundraisers use lines like that (called “an ask string”) because the data has shown that those are effective asks: they are yes / no questions that ask donors to give one of three different amounts, while being open to another level gift.

One other tip: when asking for different amounts, the data shows you should always put the largest amount first, and the smallest amount last.  Thus, you should ask for “$500, $250, $100, or whatever you can afford…” instead of “$100, $250, $500, or whatever you can afford…” When you put the largest amount first, it anchors that amount in people’s minds, and you’ll have a higher average donation from that letter.

The best way to make sure your letters look easy to read is to make sure you include plenty of “white space.”  This means including plenty of space on the paper where there isn’t text.  You can do this by leaving a space between paragraphs, by including bullet points or pull quotes, and by making sure you have plenty of room in your margins, headers, and footers.

Many of the people reading your letters – including your current donors – open their mail on the way from the mailbox to the trash can.  This means they’ll open your letter and skim it as they quickly decide whether to keep it or to toss it in the trash.  If you want them to choose to keep your letter so they can make a donation, you need to make your fundraising letters skim-able.

When people skim letters, they are only looking at a few things that stand out and catch their eye.  Those things are usually the first line, all of the bolded or underlined words or sentences, the pull quotes and pictures, and the P.S.

#6: Be Concise… but Not Too Concise

When it comes to writing fundraising letters, you need to be concise… but not too concise.

Many non-profits say the same thing over and over again in their appeal letters.  This is a mistake.  You shouldn’t be padding your word count by making the same points two, three, or four times in the same letter.  The only thing you should be repeating in your letter is the ask, which you can make 1-2 times in the body of the letter and then again in the P.S.

On the other side of the spectrum, some organizations impose an artificial length-limit on their letters.  They insist that all of their appeals be 1 page, or no more than 2 pages.  This is also a mistake.  Sometimes writing a good, emotionally compelling letter takes more than 2 pages, and that’s ok.  You should give yourself enough space to say everything you want to say, without saying the same things over and over again.

Be concise… but not too concise.

That’s why you should use the word “you” so much in your fundraising appeals.  Far too many non-profits are always talking about themselves… here’s what we’re doing, here’s why we are so great, here are all of the amazing plans we have for the future.

Whenever possible, frame things through the donor-centered lens.  Here are all of the things YOU are doing by supporting our programs.  Here’s why YOU should continue to be involved.  YOU are amazing.  YOU are an integral part of our team.  Thank YOU for your commitment to the people and families we serve.

#8: Include a Reply Device

Remember – everyone can write great fundraising letters that get results.  Implement these 8 rules for writing better letters, and you’ll be well on your way to writing successful mail appeals!

The post The 8 Things You Need to Know to Write Better Fundraising Letters appeared first on Joe Garecht Fundraising. 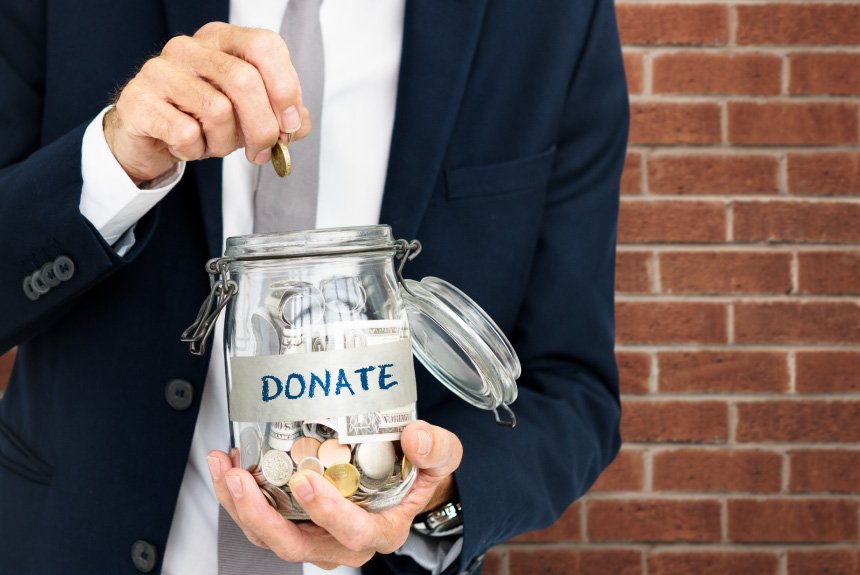 The Donor Pyramid: How to Steward Mid-Level ...