But a nonprofit is not just a fundraising organization. It’s also an operational organization. It might be a hospital, a university, or a museum. It might deliver healthcare, research, or education. For this operations side, the donor-hero story does not work.

What works for this group is the administrator-hero story.[1] The employees heroically battle against a villain. They fight disease, ignorance, or suffering. They face obstacles, conquer enemies, and gain victories. This hero story is powerful. It’s what attracted them to the job in the first place. It provides significance in their daily work. It keeps them from leaving to make more money elsewhere. It works.

This story conflict is simple. The most compelling hero story is our own. Dr. Olivia Efthimiou writes, “We are the heroes of our own story. That much is undeniable. We can be skeptical about assigning the label of ‘hero’ or ‘heroine’ to ourselves; most of us are. We may even have a deep resistance to it. But heroism is in our blood.”[2]

Each story is important for each group. But the stories conflict.

The conflict goes beyond stories. Effective fundraising culture isn’t just different from the rest of the nonprofit. In many ways, it’s the opposite.

Penelope Burk writes, “The not-for-profit sector is exactly what its name suggests – a sector constituted to not make a profit. But inside hundreds of thousands of organizations that have been granted this status are bustling profit centers called Development or Fundraising Departments. They are charged with the opposite responsibility – to make as much profit as possible.”[3]

Alan Clayton explains, “The fundraiser has to be a truly awesome person because what in effect they are doing is running a private sector culture business, inside an academic, medical or public sector culture organisation.”[4]

This culture difference goes beyond profit. The operations side is about:

A slow, careful, bureaucratic culture works for operations, but it is death for fundraising. Fundraising is about dreams and possibilities. It’s about individual impact and compelling story.

Fundraising is an ambitious, achiever, emotion-centered operation. But it functions inside of a risk-averse, planner, analytic-centered entity. The conflict is real. So, how can we resolve it?

One approach to conflict is the zero-sum game. Whatever one side wins, the other side loses. The question is simple. Who’s in charge?

Charity administrators prefer scenarios lower on the list. They want to make all decisions (#5). Donors should just give and then go away. Even better is if government grants (#6) remove the need for donors altogether.[5]

However, major donors prefer the other scenarios. They like control, too. So, what’s the right structure?

First, the administrator-hero story can motivate giving. It can motivate small “pat-on-the-head” gifts.[6] These show approval for what “those people” are doing. They reflect feelings of “isn’t that nice for you.”

Alas, such nonprofits usually do poorly in major gifts. The resistance to donor control is too great. The idea of delivering value to donors is too foreign. Focusing on the donor’s experience and the donor’s impact just doesn’t fit.

The donor becomes a leader.[7] The nonprofit becomes his responsibility. Its success reflects his success. The nonprofit’s impact becomes the donor’s impact. The donor identifies with the organization.

Board membership can help in other ways. It can build a community of major donors.[8] This provides socially relevant examples of others giving. It provides a socially relevant audience for the donor’s giving. Membership signals resources and shared values. This supports future cooperative ventures among members.[9] Such membership has real financial value.

This power-sharing with select donors can work. But it’s limited. It works for only a few donors.[10] What else works?

Two organizations
At first, the private family foundation seems entirely one sided. The donor has all of the power. He gets all of the honor. He’s the only hero. But it’s part of a larger ecosystem. The foundation makes grants to operating charities. This system allows both hero stories.

For the operating charity, grants are all about the administrator-hero story. The nonprofit delivers some heroic outcome. It finds foundations wanting to fund that outcome. It analytically proves its efficiency. It beats out the competitors. It gets the money “because the organization deserves it.”[11] Grant seeking fits the administrator-hero story.

For the donor, grants are all about the donor’s hero story. The donor gives to a donor-created, donor-controlled, donor-named permanent entity. It funds only donor-selected heroic goals. Nonprofit administrators are minions. They fight for the privilege of doing the donor’s bidding. If the administrator doesn’t like it, tough. They don’t get the grant.

This separation is powerful. It encourages both generosity and operational efficiency. It separates the gift-receiving and the operating entities. It allows both hero stories.

The federalist organization (Be together, not the same.)
The foundation-grantee ecosystem works. But how does this help fundraising nonprofits? They must do both fundraising and operations.

Internal separation can work. In government, this is federalism. Texas culture is not the same as California culture. Maine is not New York. But each can still be part of one nation.

The effective nonprofit needs both stories. It needs both cultures. But one side starts with all the power. Every nonprofit is run by insiders. Administrators have the authority. The donor’s only power is negative. The donor can walk away.

This can be worse for fundraisers in one-person shops. They neither work with nor report to other fundraisers. What is their most commonly reported work problem (aside from having too much work to do)? It is this: lack of collegial atmosphere.[14]

This can affect retention. Development directors at small nonprofits were 2.5 times more likely to be planning to leave fundraising within two years.[15]

Retention can be a problem. But not everyone leaves. So, why do fundraisers stay? One study looked at this. It asked fundraisers with no intention to leave why they planned to stay. Of course, belief in the charity’s mission was important. Aside from this, the most common reason was “being included as a respected participant in discussions and decision-making on issues affecting fundraising.”[16]

Giving fundraisers the power to run fundraising works. Such fundraisers don’t just stay. They also succeed. Development directors in high-performing[17] organizations were different. They were nearly twice as likely to report having “a lot of influence on financial goals.”[18]

The appreciation of fundraising starts at the top. This study of nonprofits found that, “executives at high-performing organizations were twice as likely as their peers to say they ‘love’ asking individuals for donations.”[20]

A charity has both an internal operations side and an external fundraising side. Advancing the mission requires both sides. This means bringing both groups together, while protecting each. Jeff Brooks suggests this: “Publicly define the two cultures. Make it an ongoing conversation. Just knowing that you think differently from someone else, and that it’s perfectly okay – that’s a big step toward reconciliation.”[21]

In the effective charity, people from each side learn to appreciate the other’s work. They learn to focus on common goals, common enemies, and mutual benefit. Start simple. For example,

Validate fundraising. No money = no mission. Getting money that advances some part of the mission is a good thing.
Have a common fundraising goal. Getting more donor money requires a compelling donor experience. It means delivering more value to donors. Doing this takes everyone working together.[22]
Have a common fundraising enemy. Charitable foundations, funds, and trusts give donors control and benefits. They also get the largest gifts. So, don’t just fight over how much control your donors will get. Instead, focus on beating the competition. Focus on getting the donor-controlled money to come to your organization.

Both stories are important. The effective charity fosters excellent operations and excellent fundraising. But this isn’t easy. These two sides thrive in differing cultures. They are motivated by conflicting stories.

Protecting both sides may require mutual understanding and respect. It may mean neither side gets everything it wants. But making room for both cultures is powerful. Protecting both stories works.

[1] One mathematical economic model suggests that effective organizations will select one of two types of organizational stories to motivate employees. The researchers explain,

“Our model predicts that an organization will adopt one of two designs. The first design, which we call a “purpose-driven” organization, pairs flat monetary incentives with a story that emphasizes the importance of generating output (e.g., saving lives, putting a person on the moon). The second one, which we call an “incentive-driven” organization, pairs steep monetary incentives with a narrower story that emphasizes the importance of maintaining ethical standards (e.g., maintaining quality, helping peers).”

[7] Ideally, the board member is a leader, not a manager. The proper function of the nonprofit board is governance, not management.

[10] Some organizations have expanded this solution to involve a larger number of donors. In one approach, new members of the controlling board of trustees can be selected only from members of a much larger board of advisors. This larger board of advisors provides non-binding advice, opinions, and guidance to the executive director and the controlling board of trustees. It also serves as a training ground for prospective new trustees. Such an advisory board can become very large without risk of affecting the operational efficiency of the actual governing board. Its meeting can serve as a platform to facilitate a large gathering of donors at a charity event. It also serves as a way to keep former trustees engaged when there are trustee term limits. Some organizations instead use donor voting where active donors actually vote on trustees to be appointed to the governing board. This also expands the number of donors involved in organizational governance.

[17] Defined as “These are executive director and development director respondents whose organizations have created a broad base of support from individuals —25% or more of their annual budget — and who rated their overall fundraising program as ‘very effective.’”

The post How Fundraisers Can Reconcile the Competition that Exists Between Your Donors’ & Administrators’ Hero Stories appeared first on MarketSmart. 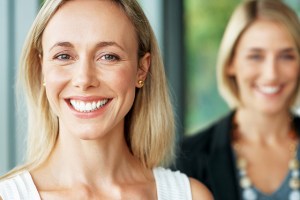 What Does Your Boss Think of You?