How do I run a Capital Campaign?

Capital Campaign
by The Almoner

How do I run a Capital Campaign?

A Capital Campaign directs your fundraising energies towards one large capital project or multiple connected projects packaged together. It might be a new building, a new campus, a new warehouse, or a new program model. Capital Campaigns require intense focus from a fundraising team because most organizations don't have the luxury of stopping all of their 'regular' fundraising in order to tackle the campaign. So in most cases, a capital campaign forces you to raise large amounts of money ON TOP of what you already have to raise to keep the doors open.

Start with a big vision

An old fundraising saying tells us, "The big money follows big ideas." Big ideas get people excited. When they get excited, they become generous. But it's not enough for it to be a big idea, it also has to be the right idea. So the first place when you're thinking about a capital campaign is with prayer.

This is not the starting point that a secular fundraiser would give you. That's fine. They have lots of good ideas and tools. But if you want to invest your energy in doing the right big thing, you need to ask God what He wants you to do. Sometimes He will surprise you. He will inspire you with the right ideas and lead you in the right direction in order to make the right thing happen.

Bringing people into alignment with your big vision is also very important. If you're working with a non-profit, your board is going to be an integral part of approving any big vision that you're seeking to accomplish. You will want to make sure that you hear their opinions about what you are proposing and incorporate any feedback that seems particularly insightful or prudent. Your board should make up a significant portion of your fundraising goal, so make sure they are part of the process from the beginning.

In a religious setting, you will have a different set of stakeholders that will need to be involved in crafting the big vision. It might be a Bishop or religious superior. It could be prominent members of the parish that have significant resources to contribute to the campaign. Make sure you have the right people involved from the get go.

Capital Campaigns are one of the most intensive and challenging types of fundraising for two primary reasons: 1. You have to raise what you normally raise for operations PLUS whatever you have to raise for a successful campaign. 2. Most fundraisers do not do big capital campaigns very frequently, if ever. For this reason, many Capital Campaigns bring in consultants to help.

Check their references!!! Talk to people that they've worked with and find out how well they managed the campaign. Look at materials they've produced for other campaigns. See if you like the quality/style of what they put together. Know that Campaign Consultants are not cheap and that they cost more the more you want to raise. $20-$50,000 is probably the minimum that you should expect to spend. The more money you want to raise, the more you should expect to pay your consultants.

Part of the reason you want your fundraising consultant early on is that you will want to do a feasibility study before you try to start your campaign. During a feasibility study, the consultants and staff will survey the organization's prominent supporters and community leaders about the reasonableness of the campaign goals. One reason to use a consultant for the feasibility study is that most fundraisers don' have the expertise to create the survey or make meaningful judgements based on the information that it produces. Another reason is that potential donors are often more transparent with strangers than with fundraisers they've known for a long time.

These studies do a few things. First, they find out how responsive the organization's supporters are of the idea behind the capital campaign. Do people like it? Do they think it's a good time for a campaign? The feasibility study should also identify people who have the ability and interest in making lead gifts. A lead gift is any gift of a substantial percentage of the total campaign goal. It will also identify supporters who are interested in participating in the campaign by opening up their calendars and their rolodexes to solicit additional gifts.

The Feasibility Study could have a few different outcomes. It might discover that the community is hungry for the kind of investment that you envision and that there are plenty of resources available to make it happen. It might discover that people really don't know who you are and what you do. In that case, you might need to put off your capital campaign for several years in order to do some relationship building. It might also discover that the project is warmly received but the resources are not available to fully fund the big vision. In this case, you might decide to scale back the vision or rethink your approach.

Most capital campaigns break their timeline into two phases, the 'quiet' phase and the 'public' phase.

Even though the first phase is called 'quiet', that doesn't mean 'inactive.' Success or failure for a capital campaign is typically determined by the quiet phase. During the quiet phase, you plan your project, get major volunteer leaders on board, and solicit the majority of your lead or major gifts. It's called quiet because your main communication with donors is done person to person, without a lot of fanfare.

There are many reasons for this. It enables you to communicate with your major supporters without a lot of external pressure. Major donors also often like the status that comes with being 'in the know' on a big project that isn't public knowledge.

Once you have reached a substantial percentage of your overall goal, you roll out the public phase. This should include as much press coverage as you can drum up, special materials that you have created, teams of volunteers to solicit potential donors, and as much excitement as possible. The public phase should also be relatively brief when compared with the overall campaign. People, especially donors and volunteers, have relatively short attention spans.

This public phase should try to engage donors at the appropriate level for their capacity. What does this mean? You can use email or direct mail to direct occasional donors who give small amounts to the campaign's website. Volunteers can take to the phones to talk to donors who give more than once a year or do online recurring donations.

You should ask donors who have the capacity for major gifts during personal visits. Bring a team made up of volunteers who have a relationship with them and a staff member.

Important note! You should secure most of your lead gifts before you even start the public phase.

A note about pledges!

Pledges are an important part of most capital campaigns. A pledge means that a person promises to give a certain amount of money on a certain schedule. Written pledges can sometimes be used as security for lending institutions to provide financing that covers the pledged amount. You'll need to talk to your banker to discover if this is a possibility.

The big thing about working with pledges is follow-up. You need to communicate regularly with donors who have made a pledge, making it easy for them to remember to send in the pledged amount. This is also a great stewardship opportunity. You can send pictures of the progress being made on the project as a part of the pledge reminders to help keep the donors engaged.

Know that a certain percentage of your pledges will not be fulfilled, primarily because some kind of financial hardship has hit the donor as opposed to some kind of ill will. If you're banking your pledges, you'll need to take that into account, and if they do that kind of lending they will probably have a formula that they use to discount the value of the pledges.

The final stage of a capital campaign is thanking the donor and executing your plan. Thanking the donor can be accomplished in stages. First, thank your donor immediately after you receive the gift. Second, share the progress of the project with your donor to give them the satisfaction of seeing their donation in action. Third, when the project is complete (or the program is active) thank them again and tell them that you've accomplished what you've set out to do. Donors get a tremendous amount of satisfaction from seeing their gift being used to create something amazing. Work carefully to stir their satisfaction. 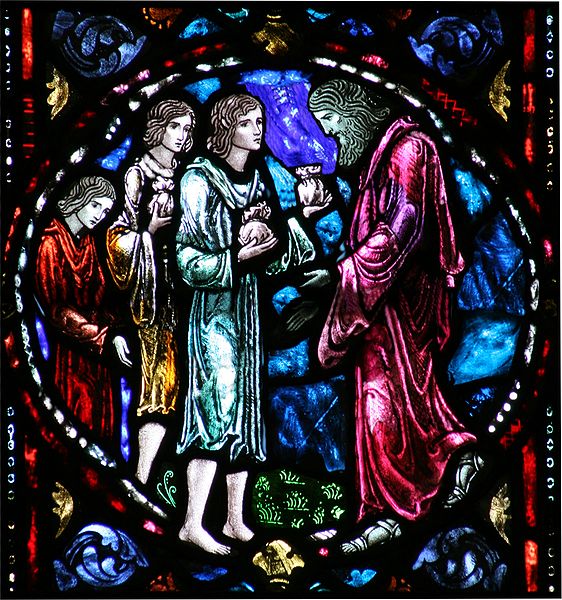 From the Fundraiser's Playbook - What is ...

From the Fundraiser's Playbook - Charitable Enterprises