My journey
My career has always focused on charitable giving. This was true in my practice experience, my research, and my teaching.

But I’ll admit it. I never planned to study story.

I was always more of a “numbers guy.” My law practice focused on tax calculations in estate and gift planning. My fundraising career started in complex planned gifts. When my career shifted to academic research, I focused on quantitative data analysis. My teaching focused on technical aspects in gift planning.

My work was always about philanthropy. But it was more about data than story. It was not about the “soft” side of philanthropy.

Plot twist
And then, something happened. I was in the middle of my decades-long quest to understand philanthropy. (Specifically, I focus on how to encourage generosity.) As usual, I was applying technical, quantitative research methods. And then, quite unexpectedly, I was attacked. I was attacked by story.

Background
What led to this attack? Let me share a little background. Years ago, a local foundation made a gift.[1] They purchased a $3 million fMRI machine for our university.[2] We were about to have cutting-edge brain-imaging research capabilities. I was excited! This hard science technology would be a perfect way to learn more about charitable decisions.

So, I started to train in fMRI data analysis.[3] (The freedom to chase such schemes is one of the advantages of having tenure.) This might seem like it was a big leap, but it really wasn’t. My Ph.D. had focused on econometric analysis. Data analysis in fMRI is just a complex version of those methods.[4]

Armed with this new fMRI machine, I continued my quest to understand philanthropy. With the help of experienced colleagues, I was now able to use even more technical and more quantitative methods.

The question
The first topic I explored was charitable bequest decisions. These aren’t the typical “pocket-change” donations. These are gifts from wealth, not disposable income. They’re often 10x or 100x larger than a donor’s annual giving.[5]

How do people think about these largest of donations? After all the neuroimaging and data analysis, I found the answer. What did it show about these major gifts from wealth? What it showed was story.

The answer
Let me be more formal. Charitable bequest decisions uniquely activated “visualized autobiography” brain regions.[6] These parts of the brain are used when visualizing personal, autobiographical events from the past. The more strongly these regions were activated, the more interested the person was in making the gift. The gift decision was about life story and life story connections.

At the end of a long road of quantitative, technical, “hard science” research, I came to the answer. And the answer was story.

Same answer
There was an easier way to get this answer. It didn’t actually require a $3 million fMRI machine. A few years before, on the other side of the Atlantic, Dr. Claire Routley wanted to answer the same question. She also wanted to know, “How do people think about charitable bequest decisions?”

She took a different approach. She didn’t stick people in a brain scanner. Instead, she talked to them. Her in-depth, qualitative interviews with bequest donors also found an answer. What was the key factor in these decisions? It was the donor’s life-story connection with the cause. Dr. Routley explained, “When discussing which charities they had chosen to remember, there was a clear link with the life narratives of many respondents.”[7]

Different roads led to the same destination. The quantitative “hard science” approach gave an answer. The qualitative “soft” approach gave the same answer. And the answer was story.

Pre-historic story
Story and philanthropy are strongly connected. Anthropology reveals just how deep this connection is. Storytelling was fundamental to the origins of human moral action.

Anthropologist Philip Kitcher describes a radical increase in human cooperation that happened about 20,000 years ago.[8] This was shown by dramatically larger human settlements and trading networks.

What happened? What was the great leap forward that suddenly allowed humans to function in large groups? What allowed cooperation in networks outside the village? Kitcher suggests that the crucial step that allowed for this extended cooperation was an “enlargement and refinement of sympathy.”

This was made fixed through a “compendia of rules, parables, and stories.”[9]

The key was the invention of story. Prosocial cooperative behavior began to grow. It began to grow through story. Story allowed it to be created, transmitted, and maintained.

Modern pre-historic story
This isn’t just a matter of pre-historic speculation. The Agta are an indigenous hunter-gatherer tribe. They live in an isolated area of the Philippine Islands. Anthropologist Andrea Migliano analyzed stories from oral traditions of the Agta. She found that “most of the content was about cooperation, egalitarianism, and gender equality.” [10]

This is story in its original, natural, prehistoric form. What was its function? To communicate and maintain cooperative moral behavior.

We’ve heard about the “moral of the story.” But it may be that “the story is the moral.” In other words, story is the key that unlocks prosocial morality. Without story, prosocial cooperative behavior can’t be created. It can’t be maintained. It can’t be transmitted. Professor of philosophy Phil Hopkins explains, “Ethics, then, requires and is embedded in stories. We tell stories … about the way things relate in the world, the way the world itself is, such that this or that character or action is right or good.”[11]

A grownup story
And what about us? What about grownups in a massively connected, cooperative, modern civilization? Findings across many experiments show similar results. Exposure to stories increases empathy and prosocial actions.[14]

Also, consider this. Suppose we want to know which social behavior is and is not permitted. Where do we go? We have laws. Some experts – lawyers – provide guidance. Other experts – judges – mete out punishment. These people are not just experts on statutes. Mostly, they are experts on stories.

We call these stories “case law.” Law students spend little time memorizing statutes. Instead, they focus on stories. Becoming a lawyer is about learning to think like a lawyer.[15] This is the work of understanding stories and story interpretation. The real essence of human cooperative behavior is found in stories. Even in complex modern society, this is still true.

Conclusion
Despite my best efforts, understanding philanthropy inevitably led me to story. But it doesn’t matter what road we take.

We can use the hard science of neuroimaging.
We can employ the qualitative nuance of in-depth interviews.
We can explore pre-historic human society.
We can examine modern anthropology.
We can track preschool psychological development.
We can even look at the practice of law. 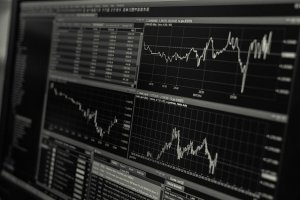