Do you have internal champions?

Two years of uncertainty about the future of our schools, our nation’s health, global relations, economic resiliency, and the strength of our individual and collective spirit have given rise to sidelining some essential elements of strong fundraising programs. Focus on the culture of philanthropy — and the development of strong internal champions — may be at top of that list.

With all that school leaders have had and continue to face, it is understandable why this would slip on the prioritization list. But this isn’t the case universally. Where strides have been made, it is due to a commitment from school leadership. Marts&Lundy is fortunate to work with many schools that believe in the value of this pursuit, but few have engaged as deeply as Mid-Pacific Institute.

With a committed President in place, the Vice President of Institutional Advancement at Mid-Pacific reached out to her four leadership team colleagues – Vice President of Academic Affairs, Middle School/High School Principal, Preschool & Elementary Principal and Director of Athletics – and invited them to join her and the President at a Council for Advancement and Support of Education (CASE) conference for Deans and Academic Leaders. Although designed primarily for higher education, the VP used this opportunity to expose her colleagues to advancement work in a setting that celebrates philanthropy and engages institutional leaders outside of the advancement office in conversations focused on the “why, how and resulting impact” of philanthropic work.

The efforts didn’t end there.

When back on campus, the VP set in motion the engagement of this team in early campaign work. They reviewed results from a Campaign Planning Study conducted by Marts&Lundy, paying close attention to data derived from our Capacity Analysis and Key Constituent Interviews. They were also given exposure to top prospect lists and donor profiles. Today, each member of this team carries a handful of prospects to cultivate and has access to a modified prospect management system for entering contacts on meaningful interactions. They are also committed to meeting on a regular basis, and while the campaign is not the only topic covered, it is often on the agenda. Regular connection with this group on prospect development and the evolving campaign have elevated their understanding of the work the VP  and her advancement team conduct. More importantly, she has pulled them into the school’s philanthropic work as genuine partners.

During a recent on-site visit, I had an opportunity to meet with this group to share details on the campaign horizon and to further explore the pivotal roles they could play. When I asked, “What will campaign success look like to you?,” their answers revealed a rich understanding of the impact a campaign can have on their school. They did not focus on the money that could be raised, nor did they concentrate on having a set of priorities addressed. Instead, each spoke to the sense of community this will create, to the elevation of spirit and morale, and to accomplishing something that would alter Mid-Pacific, its faculty, and its students forever. It was a very moving and an emotional moment. One member of the team, who has plans to retire in the not-too-distant-future insisted she would not do so until success has been claimed.

They are all regular and, by their standards, generous donors to Mid-Pacific.

There are so many reasons to follow suit, to involve a broader audience in the important work of philanthropy. It expands your reach, it lessens pressure on your Head of School to be omnipresent; it spreads goodwill and understanding of the value of this work throughout the community; it prepares those interested in headship for this important and joyful work; and, it will ultimately impact how donors evaluate your school as a meaningful investment.

If there was ever a time to turn your attention to strengthening and broadening your internal champions, it is now. We continue to navigate one of the most challenging school environments in our history. Expanding the internal bandwidth of invested stakeholders in the future of your school should be everyone’s call to action.

The post Do you have internal champions? appeared first on Marts & Lundy.

You just won a grant! Now what? 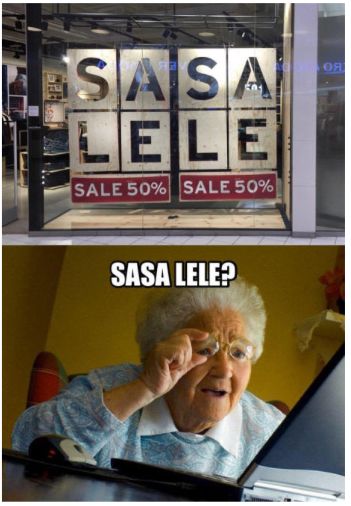