Home›Major Gifts›Always Remember – What Matters Most Is the DONOR’s Hero Story, Not Yours

Always Remember – What Matters Most Is the DONOR’s Hero Story, Not Yours

Philanthropy is powerful. It can do more for the donor than just consuming more stuff would do. It can provide personally meaningful impact. It can enhance the donor’s identity. It can advance the donor’s hero story. This series explores the steps for advancing that story. But for many charities, those steps don’t matter.

The lure of the administrator-hero story

For the administrator, the donor’s hero story is offensive. So, it’s forbidden. This resistance is not trivial. It’s fundamental. It’s primal.

Fundraising with the administrator-hero story

Fundraising messages in the administrator-hero story may vary. But it will be some form of the following: “Look at how wonderful our organization is. Look at the many great things we are doing. We are worthy. We are inspirational. We are heroes. Give to us.”

What is the core message for donors? Alan Clayton describes it succinctly: “Hello. I’m Alan. I’m great. Can I have some money, please?”[2]

And the fundraiser? The fundraiser is the stick used to whack the ATM. Fundraising is dirty business. It’s unpleasant work. But alas, it must be tolerated. We must allow it so the real heroes – the administrators – can continue their heroic work.

The competitive problem of the administrator-hero story

Fundraising with the administrator-hero story is hard. It’s hard because it’s based on a false assumption. The assumption is this:

Donations will result simply from proving the organization’s greatness.

Even if this were true, it wouldn’t help. First, there’s a logic problem. Suppose donors gave simply to an organization’s greatness. Then, logically, they should give only to the greatest organization. Before donating, they should determine,

Competing on organizational greatness means competing in an infinitely crowded field. In the U.S., there are over a million nonprofits. Most are pitching and promoting to draw attention to their greatness. Good luck proving that your organization ranks first out of a million.

But don’t worry. Even if you did, it wouldn’t actually help. It wouldn’t help because the assumption is false. People don’t give to organizational greatness by itself.

It’s not that the administrator-hero story isn’t logical. It can be. In fact, it can be more logical than the donor-hero story.
Administrators spend their lives focused on these problems. They know the complexities. They are the experts. According to some, donors should, “cut an unrestricted check … and get out of the way.”[3]

Or more forcefully, “Fund people to do stuff and get the hell out of their way.”[4]

Administrators love these messages. Nonprofit management books – sold to nonprofit administrators – repeat these cherished ideas. One popular management book explains, “The best thing supporters can do is to give resources that enable the institution’s leaders to do their work the best way they know how. Get out of their way, and let them build.”[5]

The messaging problem of the administrator-hero story

This administrator-hero story is logical. It is reasonable. And for fundraising it is deadly.

Consider these messages from a donor’s perspective: “Give me your money because I deserve it.”

Or even worse, “I know better than you how to spend your money. So, give me your money then keep your mouth shut. I am the expert here.”

The problem isn’t that the administrator-hero story is false. The charity managers might “deserve” the money. They might be the experts. The problem is these messages don’t work. By themselves, they don’t encourage giving.

The path of the administrator-hero story

What is the typical experience for charities that fundraise with the administrator-hero story? These messages will create a few “pat-on-the-head” gifts. They’ll get an “isn’t-that-nice” comment. They’ll earn a word of encouragement: “You people” do such good work.

But for some reason, the donors don’t seem to get “engaged.” So, the organization spends time and effort to “engage” the donors. It communicates the administrator-hero story in tweets, posts, and newsletters. It shares the administrator-hero story at banquets, on the phone, and in personal visits. And still, the gifts are small. The retention is poor. The revenue is flat.

Why, then, aren’t they getting these transformational gifts? It must be that they aren’t reaching the right audience. They decide they need to take their administrator-hero story to new people. New donors. New wealthy donors! So, despite poor retention rates for current donors, they pursue the magic elixir of new donors. But such efforts are even more expensive. The rewards are even more modest.

A few bright spots remain. Some large gifts still happen. These come from board members. These donors actually control the organization. These donors are charity managers. For them, the administrator-hero story is the donor-hero story.

The most powerful experience fundraising can offer is to advance the donor’s hero story. Living the donor-hero story provides a transformational experience. It touches the essence of the donor’s being. It shapes the donor’s identity. It is why major contributors often express gratitude for taking part in the donation experience. But we cannot offer that experience without answering the central question: Who is the hero?

The competitive advantage of the donor’s hero story

Think about your alma mater. Suppose I proved that a rival school was 10% more efficient. According to the logic of organizational greatness, you would immediately switch your donations. But you won’t. Why not? You won’t because the rival school isn’t part of your story. What the other school is doing is fine. It’s nice. But it’s not your story. And it won’t get your donations.

The charity impact story is nice. Did the charity help 10,000 people last year? Congratulations. The administrators are heroes. But that doesn’t tell the donor what his gift would do today. The donor’s gift must create change. Otherwise, why would he make it?

[1] For research on the phenomenon of characterizing administrators as heroes in an administrator-hero story, see,

[3] Le, V. (2019, February 18). Sometimes the best thing we donors can do to advance social justice is to just write the check and get out of the way. [Blog post]. NonprofitAF, https://nonprofitaf.com/2019/02/sometimes-the-best-thing-we-donors-can-do-to-advance-social-justice-is-to-just-write-the-check-and-get-out-of-the-way/

The post Always Remember – What Matters Most Is the DONOR’s Hero Story, Not Yours appeared first on MarketSmart. 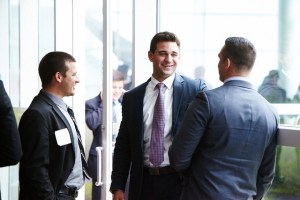 How to Find More Donors for Your ... 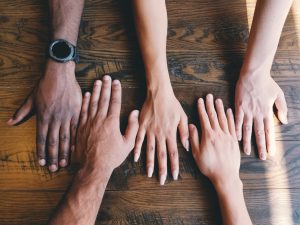 Five Practical Steps to Diversify your Board ...