A Case for a Case

The Case for Support (or Case as it is more commonly known) is the primary tool that an organization has to raise money. It should explain why funds are needed and how the world will be better afterward.

The building blocks of a Case are pretty simple. There are the circumstances BEFORE (or Today) that have many problems. The organization wishes to get to AFTER (the solution of the problem). The way to get from Point A to Point B is with the infusion of cash. As I have said many times before, fundraising is simply a means to an end, not an end in and of itself.

But, a case doesn’t need to be the next novella by Tolstoy. It must balance the need for explaining the situation with the need to respect a donor’s time. I recently heard of a fundraising organization with a 35-plus page Case that they are taking on the road with them. Personally, my eyes would glaze over after page four.

A Case is dynamic—especially when dealing with an extensive capital campaign. The Case at the beginning of the Quiet Phase may look very different from the one halfway through the campaign’s public phase. That is acceptable and appropriate. Priorities shift over the years, as do donors’ appetites for specific projects.

The document should be a grand narrative that weaves the donor into the vision of the organization. It should not resemble an Annual Report listing off all of your organization’s significant accomplishments. Instead, it should inspire the donor. “We would love to be able to have every child that wants to go to our summer camp to have that possibility.” A pretty bold statement, but a narrative that may inspire a donor.

Donors want to hear what impact you are hoping to make on the world. A successful charity will think in terms larger than itself — it may position itself as solving some of society’s problems. What is the organization’s strength that puts it ahead of other like-minded charities (their unique value proposition)? I wrote about that here.

The Case is also a tremendous training tool for boards, volunteers, and staff alike. I have often heard from those who have read a Case for the first time that they were unaware Organization ABC did _____. It is an opportunity to capture more people who are advocates for your organization.

Writing a Case is much more complex than it may initially seem. Far too often, the MarComm group (while well-intentioned) misses the mark, and the Case doesn’t resonate with donors. Writing for fundraising is a niche talent — focussing on what would resonate with donors rather than with the institution. I suggest that you test a draft Case with some of the board and staff — does it resonate with them? There are usually great writers out there who spend their days Case writing (and it is generally a remote job, so the world is your oyster).

As 2022 fast approaches, you should ensure that your organization has a good Case, even for the regular annual support. It will help focus you on your fundraising activity decisions.

The post A Case for a Case appeared first on YUCKS Enterprises. 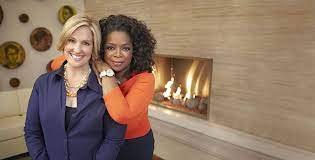